History of the Fair 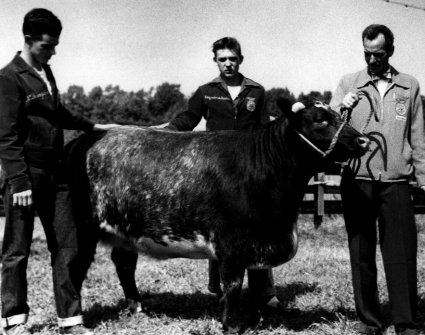 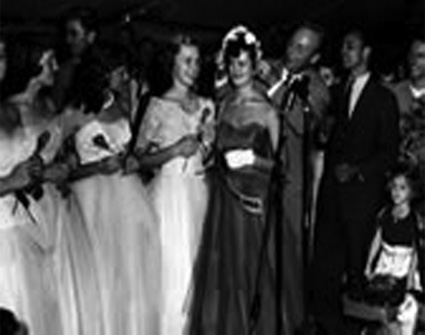 The Crowning of the Anne Arundel County Fair Queen 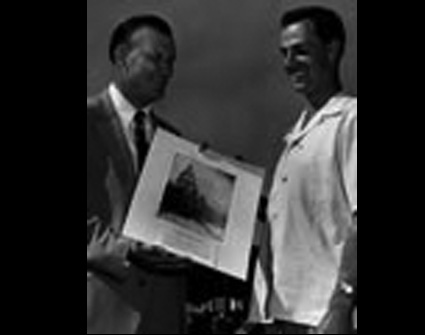 The initiative for the Anne Arundel County Fair began in the winter of 1952 by Mrs. Lee of Annapolis. Mrs. Lee grew up in the farm country of Frederick County where a great fair had been held for many years. Approval for the Fair was granted by the Maryland State Fair Board in the spring of 1952 and plans were made for a fair that fall.

Although it was very late to think of a fair that first fall it was held and was a great success. All those people familiar with fairs came forward to help.

The Duncans – Mr. Duncan took the Beef Cattle and Hog departments, while his wife chaired the 4-H and FFA Junior departments. Mr. and Mrs. Armstrong – both chaired the Farm and Garden department. Mr. Wayson, Mr. Taylor and Mrs. Solomon were some of the many others who helped.

The first Fair was held at the old Labrot Race Track near Sandy Point through the courtesy of Mrs. Spence. There were beef and dairy cattle, chickens and pigeons of all sorts, farm produce, home goods food and clothes, pigs, sheep, a horse pulling contest, rides, games, food, a queen contest and educational exhibits.

Crowds of people came – over 20,000! Someone even said all of Anne Arundel County! The race track was a dusty, red clay that day. A Sunday morning ride through town showed just who attended the four day Fair. It was a place for old friends to exchange warm pleasantries.

The following year, 1953, the fair moved to the new Sandy Point State Park where it remained for 25 years. Several buildings existed already and more were added. Parking lots were established. It was a good place to be and the park people were very helpful.

In 1963, the Fair was changed from a stockholders’ corporation to it’s current non-profit membership organization. Revenue was slowly increasing and a permanent fair site was being discussed. It was a long time coming but finally, in 1982 the opportunity arrived. The Fair was moved to a site in Crownsville purchased by the Department of Natural Resources. The land sits nearly in the exact center of the county with good access roads and rolling grounds. The Anne Arundel County Fair officially moved to Crownsville in 1984.

It was a good opportunity to rebuild the Fair and with much investment in money and muscle, a strong new crew is doing just that. Today’s Fair has become a showcase of the agriculture and home arts which are slowly eroding from the landscape of a county which was once beeming with farms. It has become a place for the entire family to learn about Anne Arundel County’s past, present and future.

Mrs. Lee’s old fair motto “Come to the Fair” is just as good today as it was then!